By Jamie Lovett
Published in ComicBook

Teams across the country are participating in synergistic events to bring out fans new and old by offering comic books and unique, exclusive collectibles during special game throughout the season, featuring fan-favorite Marvel characters like Iron Man, Thor, and the Guardians of the Galaxy.

The coming together of the sports world in the Marvel Universe has been orchestrated by branding, merchandise, and marketing company BDA; for over 30 years CEO and co-founder Jay Deutsch and his team have had their finger to the pulse of popular culture.

“Over the last, let's say, 15 years, we've brought lots of different co-branding to the sports world,” Deutsch tells ComicBook.com in an exclusive interview. “Everything from Pokemon to Star Wars to Ghostbusters, and right now, Marvel. It's just amazing what they've done.

“I think the beauty about Marvel is it's not a ‘new’ property. It's a time-tested, amazing core fanbase that obviously are now making the movies and a lot of other things. But it all started with the comic books, and it's still incredible today, the power of the comic book with the Marvel group. So to combine sports and the genre of sports with the genre of comic books and with Marvel is I think what's made this so popular so quickly.”

Teams like the Colorado Rockies, the Minnesota Twins, and the San Francisco Giants are participating in “Marvel night” events, which offer fans the chance to bring pick up Rocket Raccoon bobblehead, Marvel t-shirt or comic book. 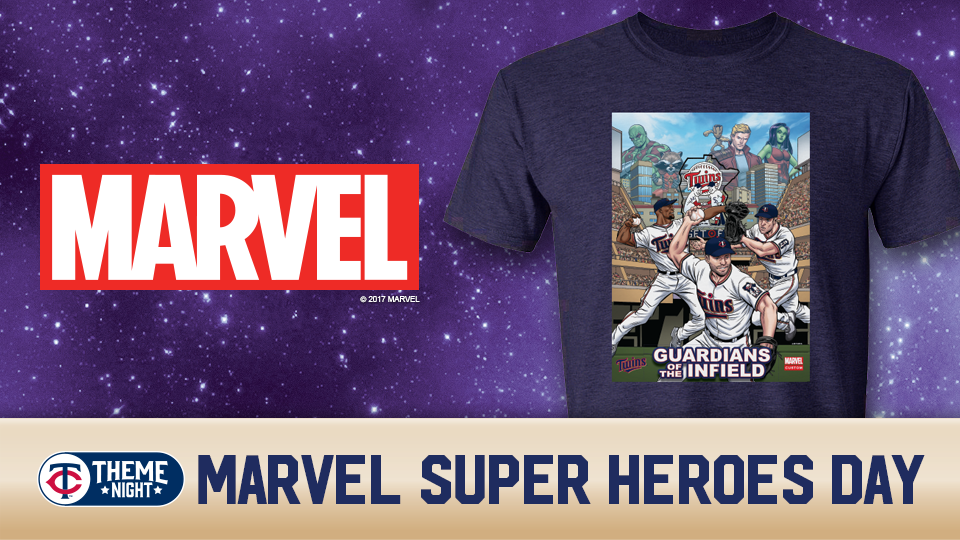 The program is only in its first year, but so far these exclusive items have proven popular with fans. Deutsch notes that some of their Rocket Raccoon bobbleheads can sell for upwards of $30 now on the secondary market.

“One thing I think is there's a subculture of the comic book world that understands the value of the collectible, the buying and selling and trading of comic books, and what's a real collector's edition,” he explains.

“Well, the great thing about these giveaways is there's only 10,000, and that's it. You can't go find them anywhere else. So this collector's item was given out only on one day, in one city, and it's done. So I think people will start to understand that and recognize that, and I think there will be a sub-market for the collectible piece.”

Decades of pop culture stereotypes once suggested that sports fans and comic book fans don’t mix, but Deutsch sees both the overlap and space between these two fandoms.

“The word nerdy to me is usually in the eye of the beholder,” Deutsch says. “The avid fanbase is really where I look at the world, and when you think of sports, you have an avid sports fan that, whether their team wins or loses, it's still their team I think that's the same with the culture of comic books and Marvel and the Marvel characters that they have. There's an avid and loyal fanbase to that. So I don't know if I would call it nerdy. How many nerds do you think are buying Guardians of the Galaxy Vol. 2 movie tickets? That is as mainstream as you can get.

“Maybe what we've done here is bring two sides of the cafeteria together,” he continues. “You've got that average sports jock with somebody who's in tune with Japanese manga, or comic book, and getting into drawings and themes. I think what we've done is we've bridged the gap here. I think what's exciting about this is we might be introducing some new fans into sports. To get one of these amazing collectibles, they do have to buy a ticket.”

That fandom spirit isn’t just contained to the stands. It’s on the field as well. For example, Met’s pitcher Noah Syndergaard is a big fan of Marvel’s Thor and even goes by “Thor” as a nickname. Deutsch stresses that Marvel is very protective of their characters’ images and authenticity, but Syndergaard’s enthusiasm was so strong that they were able to get Marvel on board with created a bobblehead version of the pitcher as Marvel’s god of thunder.

“He's a comic book guy,” Deutsch says of Syndergaard. “And he really, truly loves Thor. So he now has been Marvelized into a Thor character, and that is very unusual. But man, this bobblehead is frickin' awesome. Thor might have been my favorite guy growing up, and now watching his character come to life in the movies, and then to pair Thor with an icon of the New York Mets pitching staff, this is what makes it so cool and so hot." 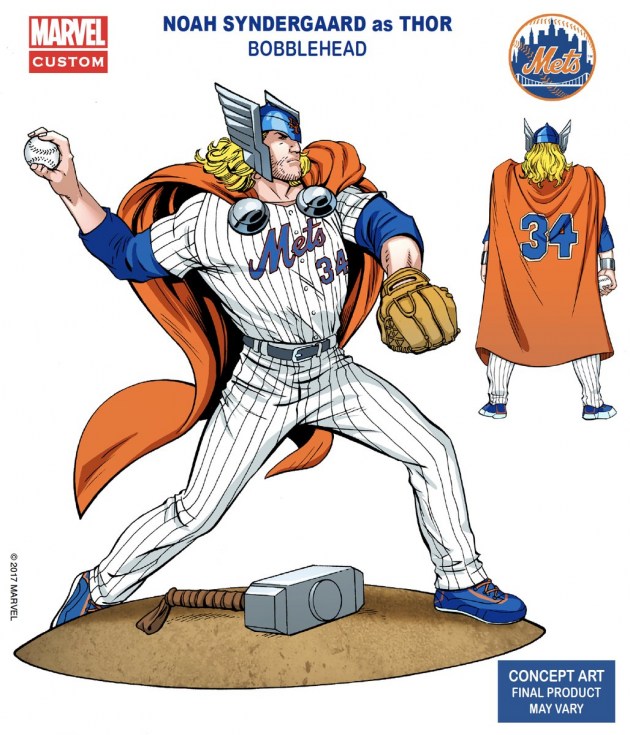 The popularity of the Marvel movies that have made so many of the comic book characters into household names as gone a long way in making BDA’s sales pitch to MLB teams much easier.

“Most people understand who these characters are now,” Deutsch says. “Maybe if we were two years before Guardians of the Galaxy came out and I said I was gonna do a Rocket Raccoon, we probably would have had to convince people. I don't think that was a mainstream character. Today, you know who Groot is. You know who the characters in Guardians of the Galaxy are. You know who Thor is, and how the whole system works with The Avengers. There's not a lot of education that needs to go on now.”

With that in mind, Deutsch believes there’s a lot of growth potential in the partnering Marvel with major sports, even outside of Baseball. 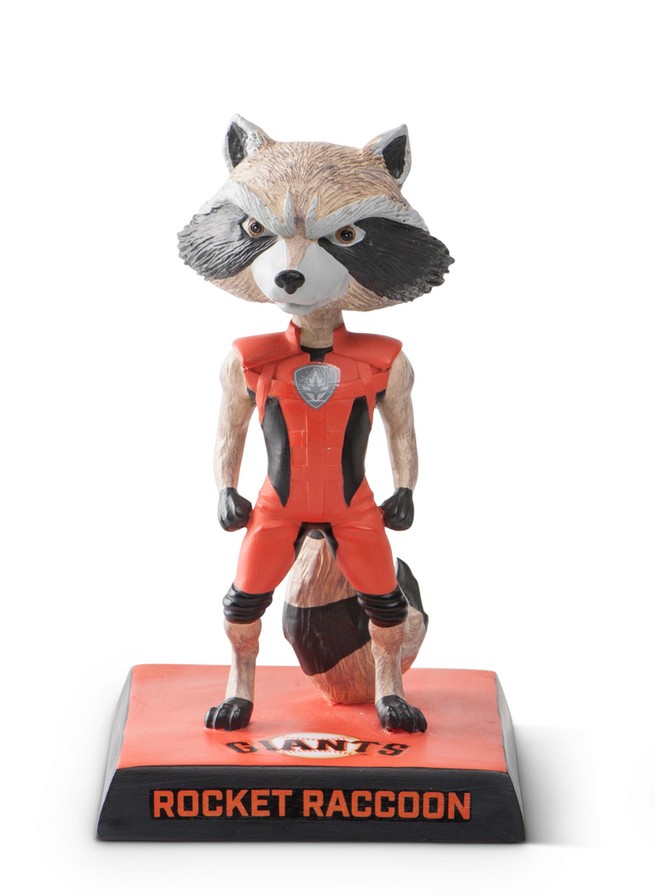 “First of all, with this being a new venture, going wide and deep into sports, for Marvel, I think this is going to grow exponentially. And you're going to see us, and we already are talking with minor league teams, we're talking with NBA, we're talking to NHL. Even a few NFL teams are considering it. This is only going to grow. And our goal, that's shared with Marvel, is to make the two a very seamless and cohesive blend. Two top American genres right now: sports and Marvel.”

Sick "Guardians of the Infield" t-shirt designed by @marvel artists for upcoming Marvel Super Hero Day at Target Field. (Part of a special ticket package only available at twinsbaseball.com/marvel.)