Published in The Seattle Times
By Geoff Baker 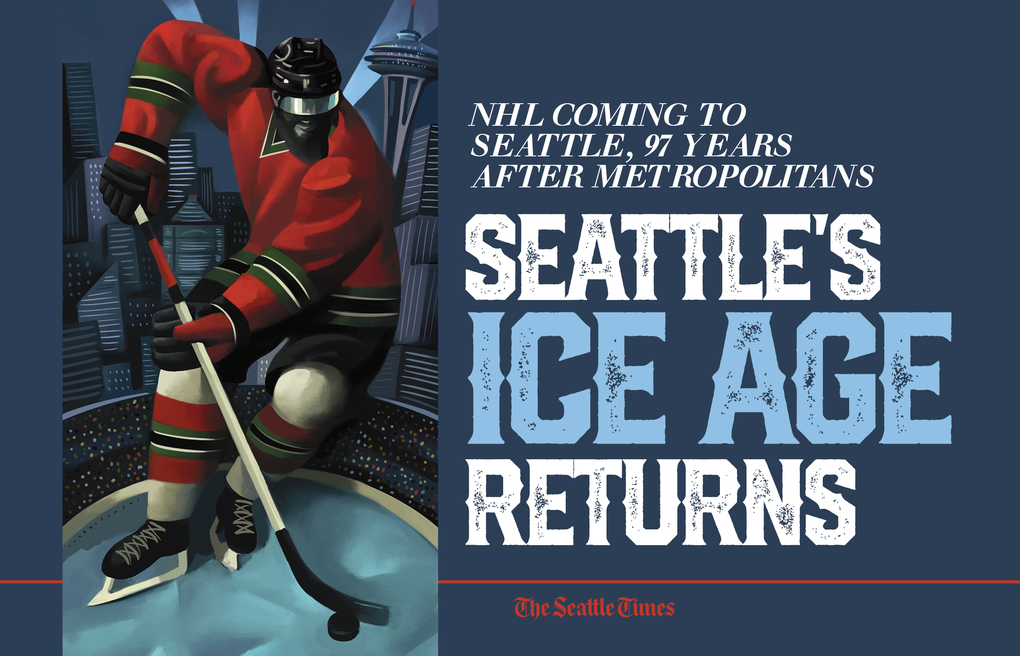 The NHL on Tuesday awarded Seattle an expansion franchise to begin play in October 2021 at a remodeled KeyArena. Among those present for the announcement in Georgia was the Bellevue niece of Seattle Metropolitans founders Lester and Frank Patrick.

SEA ISLAND, Ga. – It was impossible not to feel the ghosts of Lester and Frank Patrick present Tuesday as Seattle was awarded the National Hockey League's 32nd franchise.

But just in case, the NHL Seattle group invited the brothers' niece, Bellevue resident Beverley Parsons, now in her mid-80s, to be on-hand at The Cloister hotel as the league granted Seattle an expansion team to begin play in October 2021. The Patrick family is royalty in the NHL, and Lester and his brother, Frank, founded both the Seattle Metropolitans and the Pacific Coast Hockey Association (PCHA) more than a century ago.

Now, their dream of top-flight hockey in the Pacific Northwest is a reality. The NHL board of governors on Tuesday morning approved the awarding of a franchise to a Seattle group headed by David Bonderman and Jerry Bruckheimer for the 2021-22 season, with their home base at a remodeled KeyArena.

The launch date is a year later than Seattle's group had wanted, but will ensure that a KeyArena renovation – now pegged at $750 million in private funding – is completed on time. It also allows the group time to complete a $70 million practice facility at Northgate Mall and hold the expansion draft at KeyArena in 2021 ahead of the team's launch.

NHL Seattle CEO Tod Leiweke said his group will use the added time to ensure fans are given a first-class product.

"We went back and forth on it for weeks,'' Leiweke said of negotiations between his group and the league. "In the end, they figured 'Why risk it? Do your really want your team to start on the road? Have your team play all of its home games at the arena they're going to call home.''

Construction on the arena is to begin Wednesday. The NHL Seattle group and the Oak View Group developer, headed by Leiweke's older brother, Tim, have long said they can build the arena in time. But with a timeline of just under two years, the slightest delay would have prevented the Seattle team from playing home games on schedule. Also, the potential still looms for an NHL work stoppage in September 2020 that would have commenced just weeks before Seattle's anticipated franchise launch.

Delaying the launch by a year eliminates that threat, though it does risk curtailing some of the momentum built towards the Seattle team's launch. The Seattle group wanted a 2020 start and had pushed the league to grant that, but eventually settled for what was granted.

The NHL has a long and mixed history of expansion teams not always working out and wasn't leaving anything to chance.

Tuesday's decision ends years of political wrangling in Seattle over where to situate the city's major sports arena to attract future winter sports teams. The NHL's decision is expected to attract an NBA franchise in coming years as well and revive a SurperSonics franchise that was relocated to Oklahoma City a decade ago.

For now, the focus is on hockey, and the presence of Parsons at Tuesday's announcement signaled just how much of a "done deal'' the awarding of a Seattle franchise has been for months. The NHL has tried for years to break in to the Seattle marketplace, but had been unable to do so.

Only after a 5-4 Seattle City Council vote in May 2016 derailing a bid by entrepreneur Chris Hansen in the city's Sodo District was the NHL able to get a foothold in the Emerald City. After that, Hansen relinquished his exclusivity rights to KeyArena and allowed the city to seek developers willing to revive the 56-year-old venue.

But the presence of Parsons, niece of the founding Patrick family, hit home for NHL owners more than any other. It was the Patricks, both Hall of Famers, that helped bring Seattle a Stanley Cup title for the Metropolitans in 1916-17 – the first for a team from outside of Canada.

Lester Patrick's grandson, Craig, now 72, served as an assistant coach to Herb Brooks on the Team USA gold medal squad at the Lake Placid Winter Olympics in 1980. Later, as general manager of the Pittsburgh Penguins, he oversaw that team winning consecutive Stanley Cup titles in 1991 and 1992.

Craig Patrick's cousin, Dick, was president of the Washington Capitals last season when they won the Stanley Cup. His other cousin, Chris, was the team's director of player personnel.

Lester Patrick died June 1, 1960, at the age of 76, from a heart attack. His brother, Frank, died exactly four weeks later, also of a heart attack. The NHL continues to honor their family legacy, with the league yearly awarding the Lester Patrick Trophy for "outstanding service to hockey in the United States."

That Seattle hockey pedigree spoke volumes to the league, as did the city's growing per capita wealth. The league has seen tremendous progress by the Nashville Predators in recent seasons after that city's growth spurt on the business side and can only imagine what Seattle's might be like if launched in the midst of an economic upswing for the city.

For now, the team will have nearly three years to figure out a name, sell season tickets and get transportation infrastructure improved around KeyArena. Leiweke said the venue will have other events scheduled early in 2021 so that the delay in implementing the hockey team won't be as punitive to the bottom line.

And for Seattle hockey fans, without a pro team since the minor league Totems disbanded in 1975, the addition of an NHL squad fills a longstanding void. Up until the Totems' demise, the Seattle hockey scene had never gone more than a decade without a pro squad after the Metropolitans commenced.

Now, they'll have one in the highest league possible. Back when the Metropolitans won the Stanley Cup in 1917, the NHL was still known as the National Hockey Association and a year away from the league we now know.

The Seattle PCHA champions defeated the Montreal NHA winners for that title.

And when the Metropolitans finally folded in 1924, the NHL was only a few years away from commandeering the Cup as its exclusive league reward. And despite multiple titles in various pro leagues over the ensuing decades, Seattle again had a shot at hockey's highest honor.

Until right now, where, under an overcast Georgia sky, the ghosts of the Patrick family are looking down at their next of kin and the future torchbearers of a Seattle hockey tradition they helped start.

A tradition that apparently has plenty of life left in it.